At the banquet on Saturday August 5th, AW North Carolina Sr. General Manager spoke about Long Ball heroes and it being an honor to attend the banquet. Mayor Bill Bell came with a Proclamation claiming “August 5th 2017 Pat James Day”. The staff also presented Pat with the a Shining Star plaque for 9 years of serving the community.

Pat spoke to the players telling them that unfortunately the nature of sports is to see who wins the season and tournament but there is something that everyone has the ability to excel in and no one can take away and that is a good education. This year Pat’s focus was on academics as she presented the players with 4.0 GPA and above a large Scholar trophy and the B honors players a slightly smaller trophy. She challenged all the players next year to be an A and B scholars because with that you can pick the college they want to go to and not wait and pray that a college accepts you. Long Ball had about 15 players on the A/B honor which makes Long Ball so proud and a big impression on AW NC manager as she stated that as long as she was employed in that position Long Ball will always get their support. 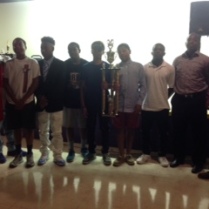 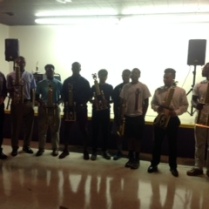 This entry was posted in Staff News, Team News. Bookmark the permalink.